Just hours after Judge Breland Hilburn’s decision that SRHS owes the pension debt, there is chatter and worry about tax increases. Today’s decision only answers one of the largest of many questions brought in the lawsuit.  There are several more questions that will need to be answered before the determination of necessity of tax increases, if any. 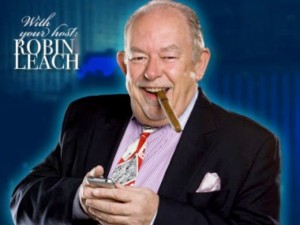 With that said, if there are any tax increases, it will be because the JCBOS has given away millions of dollars in tax money to some of the largest corporations in the world. These give-aways come in the form of property tax breaks and other incentives designed to encourage economic development.  Mom & Pop don’t get such tax breaks, unless they’re politically connected. Jackson County could have millions more dollars in reserve and in the general fund if they quit giving special treatment to big business.

Back Door Tax Increase on Homeowners

These kinds of of tax breaks act as a back door increase on homeowners.  Every dollar that is given away to industry, is one that could be returned to homeowners if the industry were to pay.

If the county has a budget of $100, Chevron pays $30. When Chevron expands, the expansion would add $3 to Chevron’s tax bill, but Jackson County gave them a $3 tax break. If Chevron were to pay $3 more in taxes, that is $3 that could go back to homeowners as a tax decrease – or be saved for a rainy day.

Who has benefited? Rent-seeking companies such:

Problematic with the case of Chevron is that three sitting supervisors, who approved the tax increase, likely have a financial interest in Chevron. Both John McKay and Melton Harris are retired from Chevron and intermittently list income from Chevron’s pension plan on their conflict of interest statements. Recall McKay’s famous “two pensions” comment; one of those would likely have been from Chevron. Troy Ross was employed by Chevron in 2011. The vote took place on February 13, 2012.  It is unknown whether Ross had dispositioned any stock grants from Chevron by this time. For more on this see our previous article regarding the possibility of McKay, Ross, and Harris holding Chevron stock.

A further problem in granting tax breaks is that the Jackson County Economic Development Foundation (JCEDF) does much of the regulatory legwork for corporations. The JCEDF receives funding from the county, port authority, local municipalities, and corporate interests. Essentially Jackson County is donating money to the JCEDF, which in turn is used by the JCEDF to lobby for tax breaks on behalf of its corporate members.

Filings with the Federal Energy Regulatory Commission (FERC) point to the fact that JCEDF hosted a private, executive session meeting attended by the JCBOS and members of the Jackson County Port Authority in order to discuss tax breaks for Gulf LNG’s new liquefaction facility. Both the JCBOS and port authority are public bodies subject to open meetings laws. If a quorum attended a meeting where county business may be decided, they are subject to the open meetings law. In this case only three members of the JCBOS would have to be in attendance to trigger the requirement.

The under-performing Gulf LNG facility currently earns around $55 million in profits (EBITDA) but pays only one tenth of what would should owe to county’s general fund. These tax breaks are designed to encourage job growth. Gulf LNG only expected to employ 50-60 people. Chevron’s expansion added even fewer jobs.

The JCEDF board consists of:

Supervisors Support Tax Increases, For Some

The entire time the Signing River issue has been before the supervisors, they have sung in chorus: they don’t support and won’t increase taxes. This is at the same time the board decided, in executive session, to hire a lobbyist  and push through legislation so the county could raise taxes – on hotel rooms.  They were in support of raising taxes to send over to Harrison County and promote gaming interests, but not to fund efforts to do the right thing here at home.  More information about this is available in the stories “The perfect good old boy tax comes to Jackson County” and “Mysterious group behind hotel tax campaign”

Keep in mind that the county supervisors are perfectly willing to keep taxes higher on homeowners in order to keep taxes low for Fortune 500 companies.