Despite their denials, it is widely speculated that on Monday the Jackson County Board of Supervisors will vote on a settlement agreement regarding the Singing River Health System pension plan. None of the details are known, including who else might owe the plan money, and what impact any settlement by the county might have on Jackson County tax payers.  Just last week the supervisors voted to give Chevron a $10 million per year tax break with no public discussion. Just a few days before, the county’s credit rating was lowered and is currently under investigation to be lowered again.

Ask the supervisors that if any vote is required on any settlement, to table the vote until after the new year.  Two of the current supervisors were voted out during the last elections.  The people have spoken and want new leadership.  The voters wishes should be respected. We are asking this meeting to be open and fair to let the taxpayers see what is happening in their county.  Since the meeting is on Monday morning, you will need to contact them at home, we have listed their home numbers below.  Please be respectful in tone, content,  and with the hour that you call.

The JCBOS has long ignored the open meetings laws of this state. Whether this is a willful act or one of negligence on the part of their counsel is reserved for later discussion. The important thing is that you know the law and impress upon the supervisors that they follow it at all meetings, especially at the last one of the year.

Karen Nelson at the Sun Herald does an excellent job of documenting the concerns of retirees and the ignorance of supervisors as to their own agenda. Apparently Melton Harris and Troy Ross are aware of some particular, yet undisclosed, agenda item regarding Singing River litigation. It will brought forth by their attorney, Billy Guice, but they are all acting as if they don’t know the nature and character of the agenda item.  It is truly astounding that the supervisors can retain an attorney in their employ and he gives them the mushroom treatment. That is, keeps them in the dark and feeds them manure.

The JCBOS has excelled at abusing the executive session to conduct votes and discussion not permitted by law out of public view. There is a very specific protocol with which the board must comply as laid out in the Open Meetings Act and in  Hinds County Board of Supervisors v. Common Cause.

When moving into executive session, the board must identify the matters with “sufficient specificity to inform those present that there is in reality a specific, discrete matter or area which the board had determined should be discussed in executive session.”  Simply stating “litigation” or “personnel matters” is not sufficient to comply with the law.  For example, “Litigation – SRHS pension” may suffice, but “litigation” alone never will

When the board move into executives session on Monday, they must first publicly disclose the reason for each and every item to be discussed before discussing the item in secret.  If the board goes into executive (secret) session and discusses an item not on that list, they are in violation of state law.  If they wish to discuss or vote on something that wasn’t on the original list, they must return to a public session and disclose any new item brought up for discussion or vote before returning to their secret meeting.

There is no requirement that the board meet in secret. It is purely their choice.

The Jackson County Board of Supervisors will meet at 9 a.m. on Monday, December 21, at 2915 Canty  St, Pascagoula. View the agenda here. 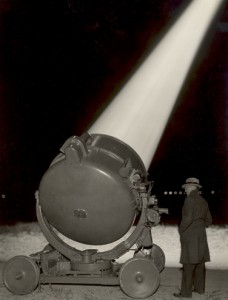